Welcome to the ASU Pedestrian LiDAR Scenes (APLS) Dataset. Currently, the dataset is being compressed for upload. A sample can be downloaded here (APLS-sample)

We have collected the APLS dataset to facilitate efforts in point cloud representation learning using a semi-supervised "next frame given previous frames" prediction task.

Figure 2: 3D sample of a frame 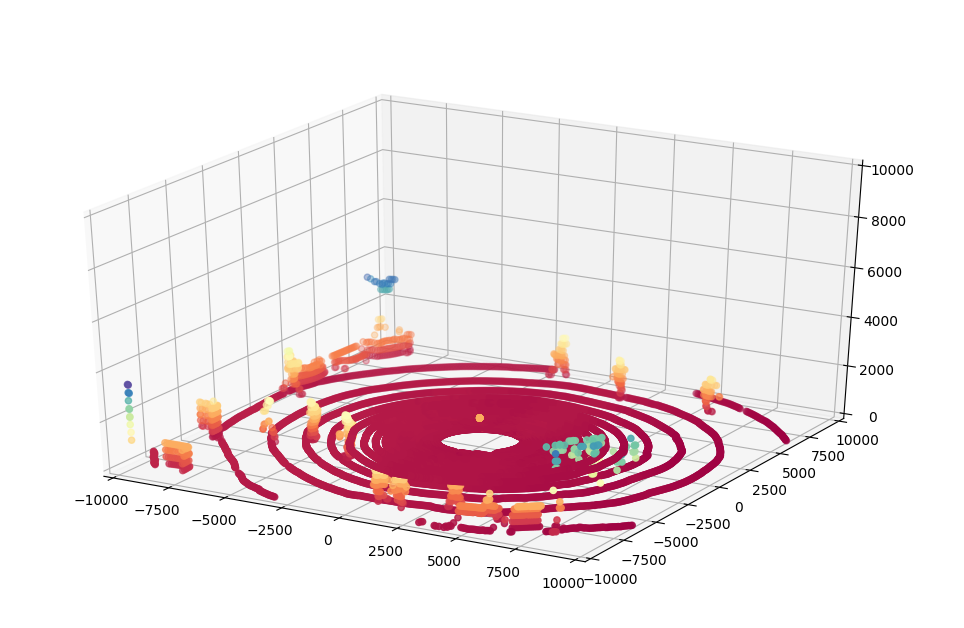 For space saving purposes, the data is stored in "Distance-only Velodyne" (DOVe) format. The files contain only the parts of the captured LiDAR bytestream that contain actual distance data, and all other data is discarded. Each frame is stored as a single file, rather than stored as a chunk of bytes in a package capture file containing all frames from a given run, as the Velodyne PCAP output data is initially stored. Thus, in addition to saving space, it enables in-place arbitrary reading of any frame in the dataset in O(1) without having to advance past all prior frames in time for a run.

The Velodyne Dataset Utils repository contains the file "dove_dataset.py," which defines a Pytorch dataloader (DOVeDataset class) for a directory of DOVe format binary frames. The repo contains usage examples on loading a DOVe dataset such as APLS. Finally, the repo contains "parser.py," which can be used to convert any Velodyne HDLE-32e PCAP file into a DOVe dataset. We will extend the functionality of parser.py to support other LiDAR devices if there is interest.

A sample may be downloaded from APLS-sample and unzipped using the following:

The dataset can be initialized as Pytorch datasets using the following code, for example for the directory containing "APLS-sample":